Talking about scrapping exclusion from schools 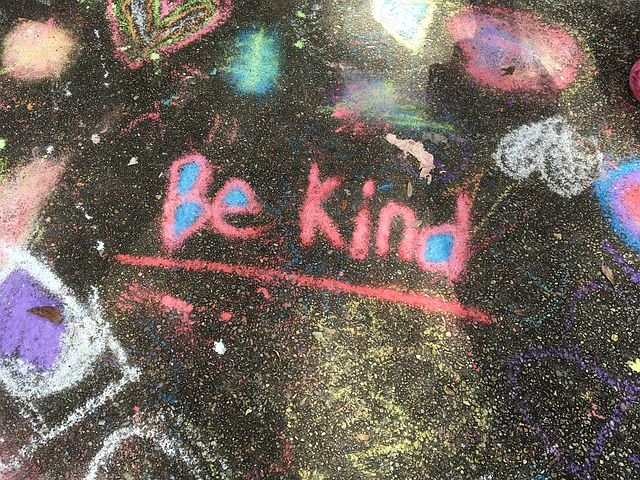 My article last week ‘It’s time to scrap exclusion from schools attracted a few replies on Twitter, among them:

* This is interesting. Reasoned sensible argument about exclusions. Thank you Geoff.The need for change.

* And prison of course. Let us not safeguard children.

* I’d be all for a system that doesn’t include exclusion.
But I’ve yet to hear a practical proposal that achieves this without forcing a victim of serious violence to share the same school as their attacker.

To the the first response: It’s tricky trying to make any kind of argument in 1000 words, but I’m aware that people have busy lives and the average dwell time online is 3 seconds, but I’ve been challenging exclusion of people who are in the greatest need for inclusion for the last 40 years so and I might as well carry on, tricky or not. For the first 20 years I worked with adults with learning disabilities, and for the second 20 with children and young people balancing on the edge of exclusion of school, some of whom who had disabilities or diagnosed illness, many of who were simple adolescent with adolescent brains. I think I’ll stay with them for the next 20, arguing that the child’s greatest need demands the greatest response. A reasoned argument – the way to go?

To the the second response: A beautifully weighted comment in 9 words, within the 3 second limit. If it was made tongue in cheek, it was making a vital point. Exclusion can be seen as a key part of ‘the pipeline to prison’. It further destabilises highly reactive children by stripping away their connections to their school, their friends and their shared history. Failing effective an alternative to their home school, it risks tipping them into a shadow world of other destabilised children. At one point in my career when I was teaching in a 11 to 16 pupil referral unit in the in the late 90s at full capacity with 30 children attending, we knew of around 200 others with no daily provision, running free on the city streets. We did our best in the PRU with what we had, in a run-down Victorian Primary school, following pretty much the same model as the schools which had excluded our students, even to the point of excluding a child for violence from the PRU. Where did they go next? The streets with the other 200 who had no educational provision at all. Excluded children turn up regularly and in numbers in prison, which should force us to look back at what went before – what could we have done differently to stabilise the child, to unconditionally include them? My response, via 13 years of MA and PhD, is Solutions Focused Coaching, in school as a standalone or in tandem with the work of mental health and educational psychology services as necessary for assessment, diagnosis and additional treatment and support. And not only as a response to crisis, but as a preventative strategy built in to whole-school practice. Early Help when and where it’s needed.
This isn’t ivory tower dreaming, just in case anyone might wonder. I’ve been doing this practical work for 20 years.
If the comment was meant to be taken at face value, I’d say this.

Secondly, prison as a form of isolation prevents offending by physically separating victim and criminal offender via the a trial and proof of guilt, safeguarding the victim. Incarceration is not designed primarily as educational provision and while it may have educational aspirations it’s clearly failing in this when reoffending rates are so high, as in the UK. As with all punishment it interrupts existing behaviour but doesn’t teach what to do instead. Similarly, exclusion and various forms of segregation and isolation in school separate children from others and prevent reoccurrence of unwanted behaviour, but they too are not an educational response and don’t teach the child what to do instead. It may be prudent to separate an unregulated child to allow a safe cooling-off time, and that provides the space for the essential educational work of SF Coaching, inquiry pedagogy in action in the moment, which is entirely focused on ‘what to do instead’, developing the child’s resources to be able to so.

To the third response, the request for a practical proposal. I’d say look at the schools that don’t exclude – there are many of them and some authorities make their records publicly available – see what they do and how they came to their practice. There’ll be no single system, but what they all have in common is a focus on relationship. It’s what powers the effective inclusion of all children in all schools.

Footnotes: If you have the time …….

From Aamna Mohdin, 23 Sep 2021 Guardian
Black and minority ethnic girls in England are more than twice as likely to be excluded from school as their white counterparts, according to a report…. the number of girls excluded from education is growing at a significantly higher rate than boys.

Data uncovered by Agenda, an alliance of more than 50 charities campaigning for the most excluded women and girls …. shows that black Caribbean girls were permanently excluded from school at a rate double that of white British girls during the academic year 2019-20, with this tripling for mixed white and Caribbean girls. …. girls from Gypsy, Roma and Traveller rates of permanent exclusion … were four times higher than those of white British girls.
….. permanent exclusions of girls rising by 66% over the last five years, compared with a 32% increase among boys during the same time period.

The report also includes first-hand accounts of how girls and young women are often excluded from education after having experienced unaddressed sexual harassment and abuse, poor mental health, and racism. The report suggests negative stereotypes attached to black girls and young women, and those from minority ethnic backgrounds, play a critical role in their exclusion.

Marie, 23, told Agenda that a sexual image was shared without her consent when she was at school. She said: “That was just like the start of the hell … From there, I got excluded a few times, just for little things, like setting off the alarm and bunking and stuff like that. I just felt like I gained a stereotype. Like ‘loud, black girl’, and that really is not tolerated.

“Instead of being asked, ‘What’s going on … Are you OK?’ They asked me about school counselling once … It was a while after … I didn’t engage with it.”

Jemima Olchawski, the CEO of Agenda, said: “Black and minoritised girls and young women tell us that they aren’t being listened to and that racist stereotypes mean their needs are being ignored. With the long-term harms associated with exclusion well established, this isn’t a trend we can allow to continue.

“We’ve seen a once-in-a-generation crisis and the government’s recovery plan needs to reflect the scale of the challenge. It must address the ways racial inequalities contribute to school exclusions for Black and minoritised girls and invest in specialist services that are able to address the impact of the trauma and disadvantage they’ve experienced.”

From Jess Stauffenberg, July 18 2021 Guardian
“ ‘It takes too long to get support’: alarm over rising primary school exclusions
Parents and teachers call for action as figures show more young children in England being permanently excluded
Sam Bates* was excluded from school for the first time when he was five years old. After moving into year 1, he struggled to sit still, became frustrated with staff and pushed chairs over. He was sent home for one day and was then allowed back for only two hours a day, separated from his classmates, with a teaching assistant. From there, things unravelled.

“That went on for seven months, the two hours a day,” says Amanda Bates*, his mother, based in the east of England. “It really didn’t work.” She asked if Sam could go back but repeat a year, as he was young for his year group, but this was refused. Instead the school applied for the local authority’s “specialist resource space”, an alternative to mainstream school. “But there was a huge waiting list and they wouldn’t take him,” says Bates.

In desperation, Bates moved Sam to a new school. But he was anxious about leaving the house. “I was being told by everyone, ‘you must get him into school’,” she says. To this end, she rang social services and a social worker came to help. “She picked him up by his arms to get him into the car. I said, ‘please, stop, he’s too distressed’.” Eventually, says Bates, the new headteacher said: “The only way I can help this boy is if I permanently exclude him.”

The headteacher was trying to help, Bates recognises, because an exclusion would trigger more support, but it was devastating. “I think it’s shameful that it takes a permanent exclusion for children to be supported,” she says.

Caron Johnson, executive headteacher at The Rowans AP secondary school in Medway, Kent says the answer is not to blame primary schools. “What the government needs to do is get real experts into schools offering support.”
There has also been a shift in recent years to stricter behaviour policies in schools, she says. “Small infringements which 10 years ago were not a big deal, are now a big deal. We are seeing children where we ask, why are they here?”

From Helen Pidd 26 July 2021 Guardian
“Parent groups are warning of a “tsunami” of crippling school-anxiety cases leading to persistent and debilitating absence from education. There is no official data on absence due to school anxiety and many affected pupils are labelled truants but support groups are being flooded with calls. And an education lawyer in north-west England says the pandemic has made an “unprecedented crisis” even worse.”

And from the Department for Education ….. a spokesperson said: “We back headteachers to suspend or permanently exclude pupils where this helps maintain calm classrooms that bring out the best in every child, but this should only be used as a last resort. We expect staff to consider any underlying causes of poor behaviour before making this decision.